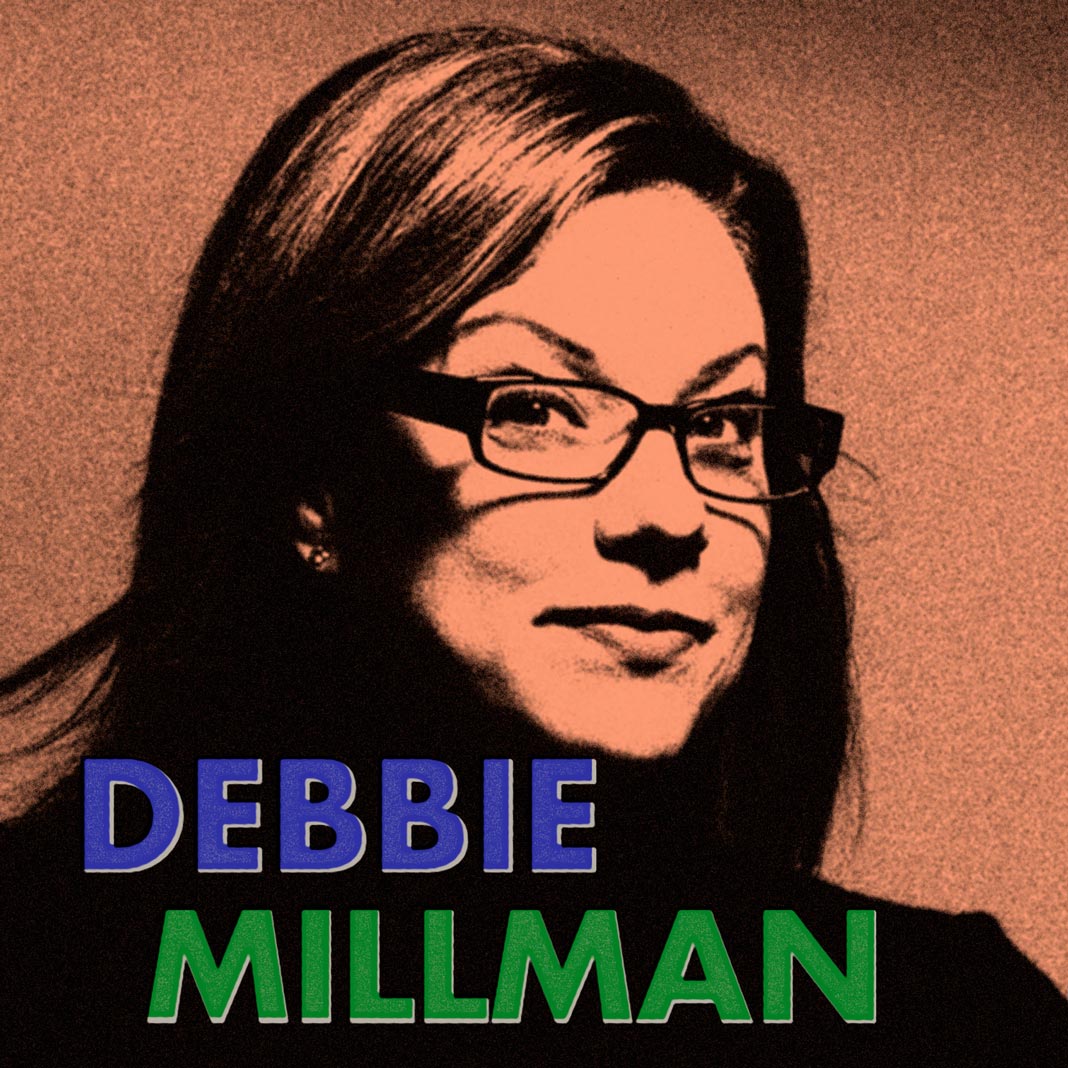 Debbie Millman’s resume is impressive, to say the least: Designer, artist, brand consultant for some of the most recognizable companies, author of six books, host of the first-ever and longest-running design podcast, Design Matters. It’s easy to think someone this accomplished had it all handed to them. But with Debbie, you’d be wrong. She struggled through and survived a deeply challenging childhood, which she first revealed, candidly and unexpectedly, on the Tim Ferris podcast. Her healing process has been a long one, and perhaps her most impressive quality is her courage in the face of it all. Time and time again, she has proven that’s she’s not afraid to reinvent herself, to evolve. Exhibit A: After being married to a man for a number of years, Debbie came out of the closet in her fifties and is now engaged to woman… but not just any woman: author Roxane Gay.